Bringing Cryptocurrency To The Front Line: Who, What, Why & How? 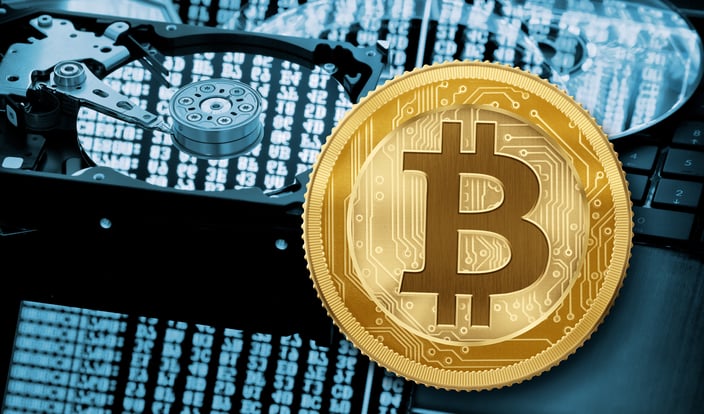 When we hear the word ‘cryptocurrencies’, three fixations tend to pop up; price volatility, anonymity and, perhaps most of all, its enduring association with the darker corners of the internet.

These concerns have been widely popularised. With over 1,500 unique coins and tokens out there (amounting to £309bn total capitalisation), it’s not hard to see why the regulators are looking to shine a brighter light on this market.

This blog looks at the bodies seeking to regulate cryptocurrency, including the proposed methods and market sentiment.

In respect of consumer protection, with Bitcoin’s meteoric rise in price last year and subsequent monumental crash, this is more relevant than ever. Banks and card issuers such as Lloyds, Bank America and JPMorgan have banned the purchase of cryptocurrencies on their credit cards, ostensibly to protect their customers from volatility and risk.

If private enterprise is acting as the lead advocate for protecting the consumer, does this hint at a laggard approach from the UK regulators? Or are they – like everybody else – simply limited by knowledge asymmetry?

In the UK, Parliament recently-launched a digital currencies inquiry, therefore providing an education (as well as a sense of regulatory direction).

Equally important is the potential for far more efficient financial crime prevention. Bitcoin and cryptocurrency in general, has long been tarred with the brush of facilitating financial crime; despite a litany of benign uses, this reputation is not undeserved.

Indeed, a recent European Commission report affirms that decentralised virtual currencies are a potential new criminal tool for terrorist financiers and money launderers to move and store criminal funds for the following reasons:

In the United Kingdom, the Financial Conduct Authority (FCA), as the regulatory body for firms providing financial services, seems the best fit.

The FCA does not regulate cryptocurrencies at present, although it has published consumer warnings branding both cryptocurrency contracts for difference (CFDs) and Initial Coin Offerings (where investors exchange legal tender or an established cryptocurrency for tokens in a new cryptocurrency) as high-risk, speculative investments.

Despite this general malaise however, the FCA does not appear to be beating the drum for greater regulation. Indeed, FCA Chief Executive Andrew Bailey, rejects Bitcoin’s description as a currency, describing it instead as a ‘very volatile commodity’ which, as a commodity, would not come under the purview of the FCA.

However, HM Revenue and Customs (HMRC) takes the inverse view, treating cryptocurrencies as if they are a foreign currency (thereby exempting it from value-added tax) and designating it as an intangible asset (for capital-gains purposes).

Fortunately, the EU’s proposed amendments to 4MLD may provide the regulatory direction needed to resolve this dilemma. Referred to as the ‘Fifth Anti-Money Laundering Directive’, this draft proposal sets out a clearer legal definition of virtual currencies (which all member states must implement), and expands the category of obliged entities to include providers of exchange services between virtual currencies and fiat currencies, as well as custodian wallet providers.

If the UK remains obligated to enforce EU directives during the Brexit implementation period, then cryptocurrency exchanges would be considered relevant firms under the MLRs 2017, and would be obliged to carry out the same checks as financial institutions and other relevant firms. However, one could speculate that these changes will most likely take place even in the case of a ‘hard Brexit’.

How Would They Do It?

Even if the world’s regulators came to the agreement that cryptocurrency should become a regulated commodity, there hasn’t been a unilateral agreement on how this might be done. Some jurisdictions may ban it outright, whilst others may move to regulate exchanges by retrofitting existing AML frameworks. A third option may be to class cryptocurrencies as a defined asset class, thereby bringing it under the scope of regulation. A fourth option being the creation of a state-backed cryptocurrency, like Russia’s oft-touted ‘cryptorouble’.

Should a regulator choose one of the above or opt for an entirely different approach, their desired approach should be carefully balanced to ensure its programme of oversight does not end up stifling innovation.

With supranational bodies looming, market sentiment seems to have shifted towards embracing regulation and self-regulation, as a necessary step towards widespread adoption. Some UK firms are already taking steps to collectively promote a sound benchmark in terms of best practice for the crypto market.

CryptoUK was officially announced as the first self-regulatory trade association for the UK cryptocurrency industry. Comprising of seven UK-based companies (including Coinbase and CoinShares), this body is intended to promote best practice by having its members subscribe to a ‘Code of Conduct’. This includes best practice guidelines on due diligence, segregation of customer funds and the promotion of formal engagement with regulatory and legal bodies, including law enforcement.

The subject of cryptocurrency is a complex and evolving one, presenting an ever-changing risk exposure to those firms brave enough to get involved. Some firms deem cryptocurrency far too extreme and refuse to deal with it in any capacity, whilst others attempt to mitigate this by retrofitting existing policies and practices and/or by using analytical tools like Chainalysis or Elliptic.

The long-term efficacy of the latter remains unclear, hence why the implementation of a regulatory framework should not be understated.

2018 is already shaping up to be a breakthrough year vis-a-vis cryptocurrency regulation. It featured high on the agenda at last month’s World Economic Forum, and is due to be discussed at this year’s G20 summit.

Mark Carney, Governor of the Bank of England and Chairman of the G20's Financial Stability Board, said:

If you would like any help to understand how the changing regulatory landscape may impact your business, please get in touch.