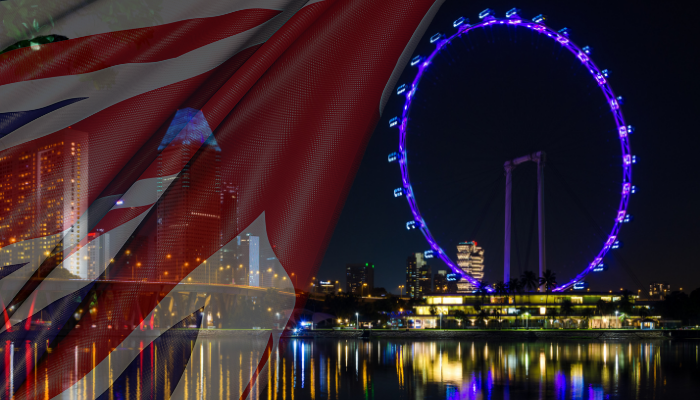 Brexit Deal: What does it mean for UK financial services? Your Key Questions Answered!

In this blog, Managing Director Jamie Cooke, who leads up the investments team in fscom shares his thoughts on the Brexit deal, the current situation facing financial institutions in the UK and what the agreement could mean for the future of the UK’s access to EU financial markets.

END_OF_DOCUMENT_TOKEN_TO_BE_REPLACED 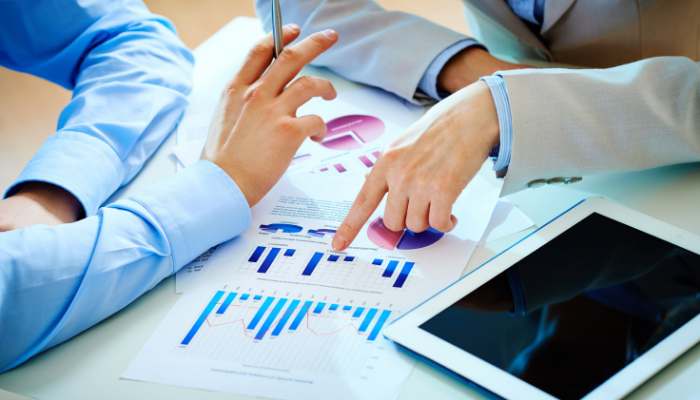 In mid-December, the FCA issued a consultation paper (CP20/24) in which it set out the basis for the rules it intends to apply to the prudential requirements for UK investment firms authorised under MiFID II.

END_OF_DOCUMENT_TOKEN_TO_BE_REPLACED 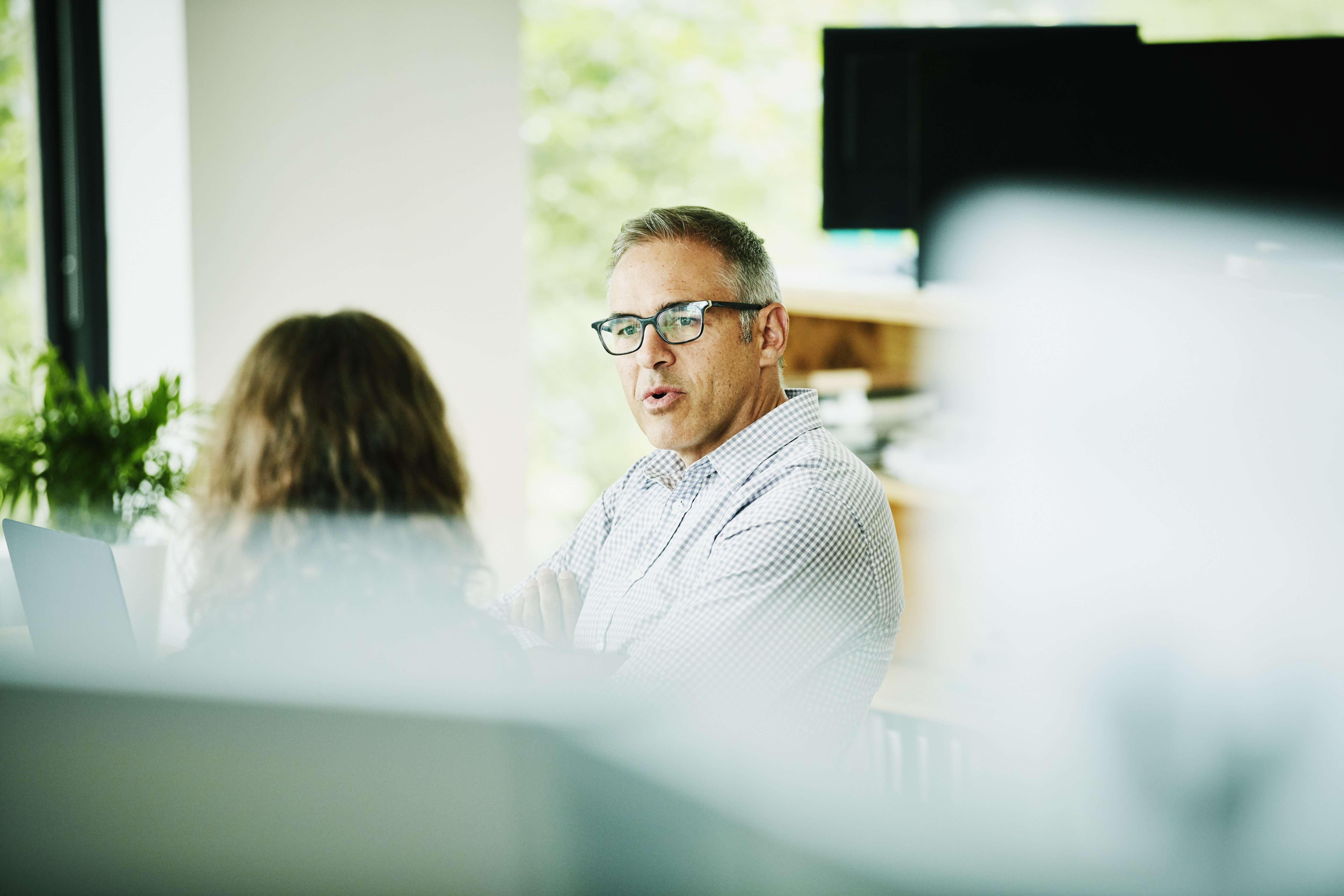 A simple guide to certifying staff under SM&CR

Within this blog, fscom’s Managing Director, Jamie Cooke discusses SM&CR, the revised timelines and shares a simple guide to certifying staff under the Senior Manager and Certification Regime.

END_OF_DOCUMENT_TOKEN_TO_BE_REPLACED 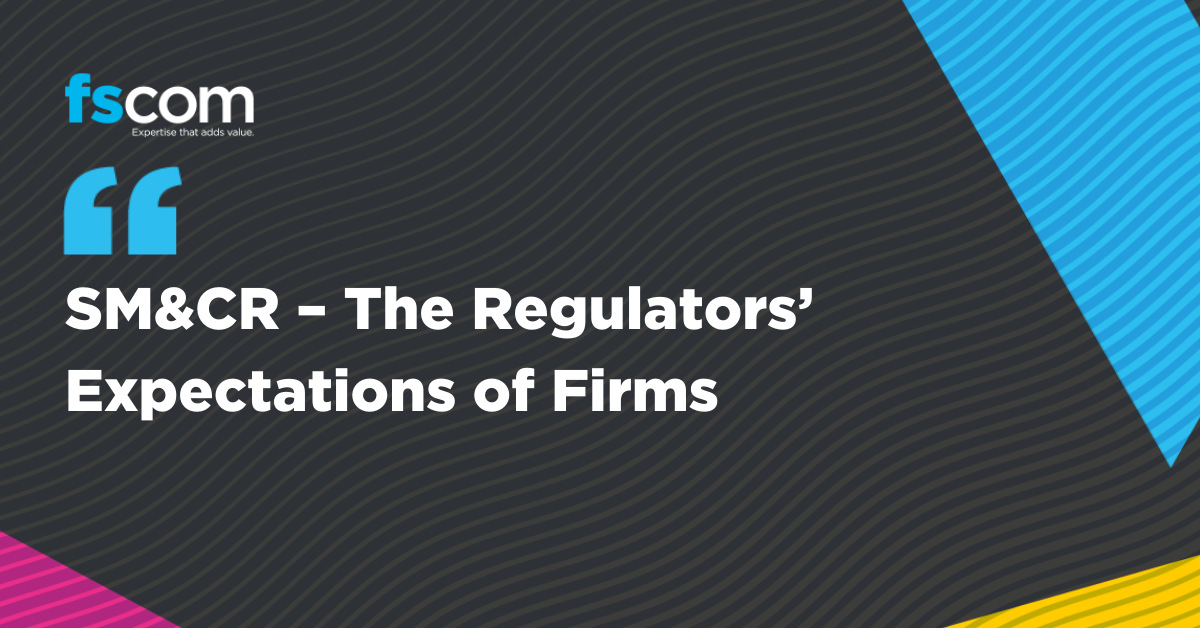 SM&CR – The Regulators’ Expectations of Firms

The FCA last week published a statement in which they set out their expectations of solo-regulated firms operating under the ongoing strain of COVID-19. While emphasising the need for ever-adaptive governance arrangements in the face of an evolving challenge, the FCA have clarified that no single Senior Manager is expected to assume responsibility for a firm’s coronavirus response. In addition to this and regarding dual-regulated firms, a joint statement released by the FCA in collaboration with the PRA demonstrated the regulators’ intention to assume a more flexible approach under the current circumstances.

END_OF_DOCUMENT_TOKEN_TO_BE_REPLACED 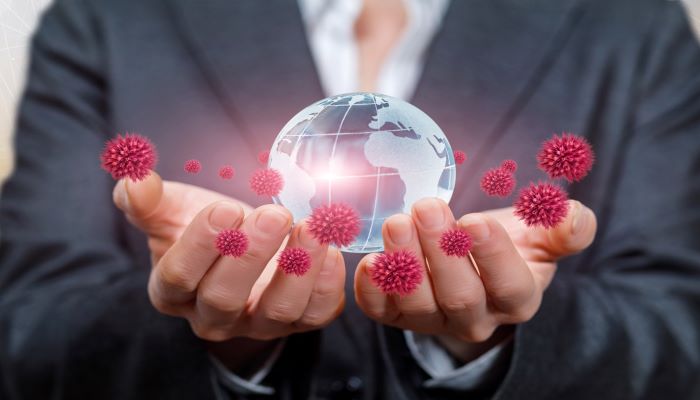 As a result of the unprecedented Covid-19 outbreak, The Bank of England (BoE) and Prudential Regulation Authority (PRA) have announced several measures seeking to reduce potential operational stresses on both PRA-regulated firms and Bank-regulated financial market infrastructures to allow them to continue providing crucial functions essential for the economy.

END_OF_DOCUMENT_TOKEN_TO_BE_REPLACED 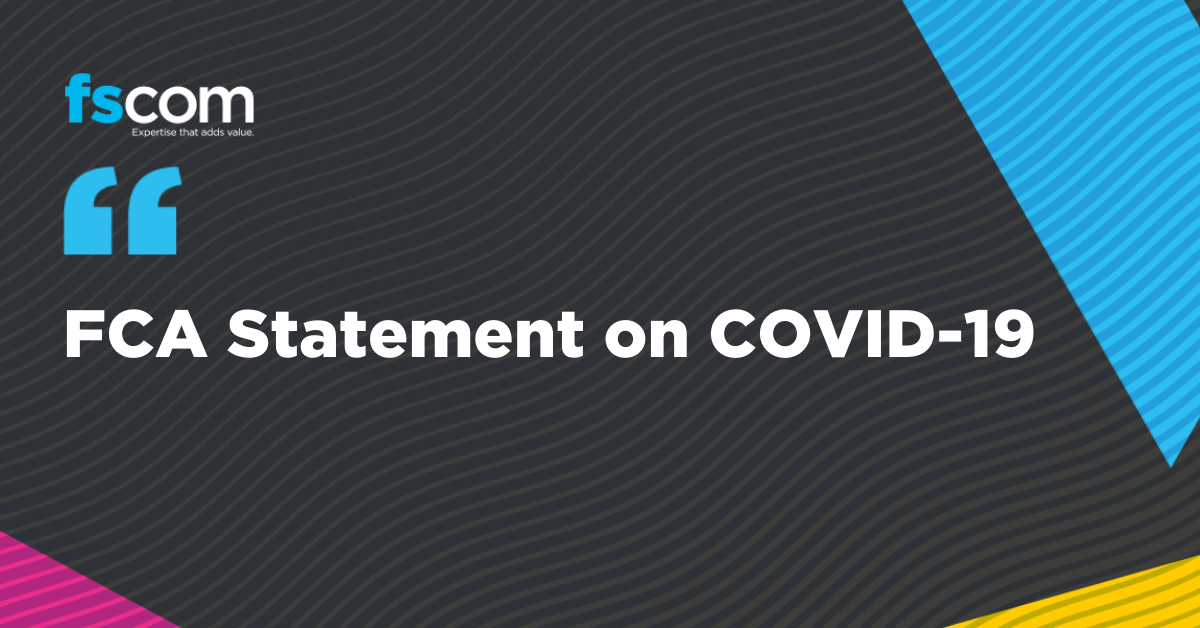 In response to the Covid-19 situation, which saw many UK financial institutions enacting their contingency plans, the FCA issued a statement yesterday setting out their expectations on firms.

END_OF_DOCUMENT_TOKEN_TO_BE_REPLACED 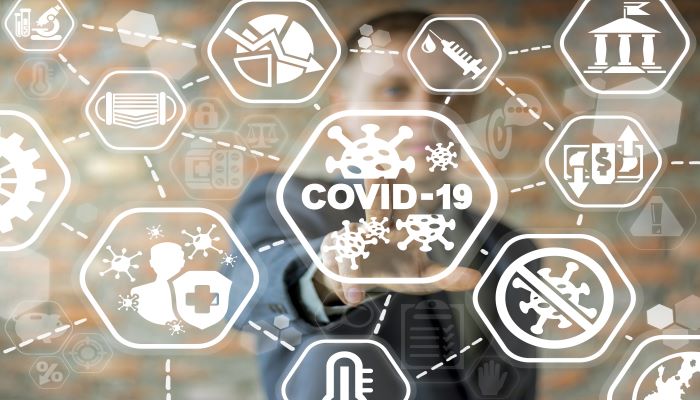 Covid-19: A wake up call to focus on Business Continuity Plans

In the past four weeks, we have seen the highly infectious coronavirus be declared a global pandemic and make its way into conversations at every level of society. What started as a trivial water cooler discussion topic in early January which people compared to the outbreak to the common flu has now sent the world into lockdown and global markets into freefall. For us and our clients the current situation presents a case in which many firm’s business continuity plans may be tested and therefore ensuring these are effective and appropriate is of the upmost concern.

In writing this article I am trying to provide advice and awareness for our clients on the importance of reviewing their business continuity plans especially whenever we are all faced with macro events such as Covid-19. As advisors I do feel that flagging regulatory issues and supervisor warnings (such as the FCA notice last week regarding continuity planning) is an important part of our remit. This is even more relevant whenever we are facing events that are as serious as Covid-19.

END_OF_DOCUMENT_TOKEN_TO_BE_REPLACED 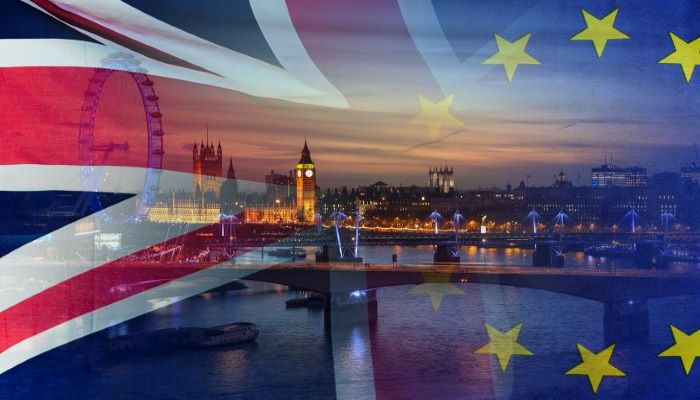 As the clock strikes 11pm on Friday the 31st of January, the UK will make unprecedented steps and become the first state to leave the European Union three and half years after the infamous referendum in June of 2016.

Whilst one period of negotiations comes to an end, another begins as the UK enters negotiations to determine what our future trading relationship with the bloc will look like. The negotiations are scheduled to take 11 months until 31st December 2020 and currently the UK are adamant they will not seek any extension to the 11 month negotiation period.

In this blog we will outline some of the key implications for the UK financial services sector and how firms can best prepare for Brexit. This blog is accompanied by updated versions of our Brexit ebook and AML regime guide, in which you can find details on the various regulators around Europe approaches to authorisation and supervision.

END_OF_DOCUMENT_TOKEN_TO_BE_REPLACED 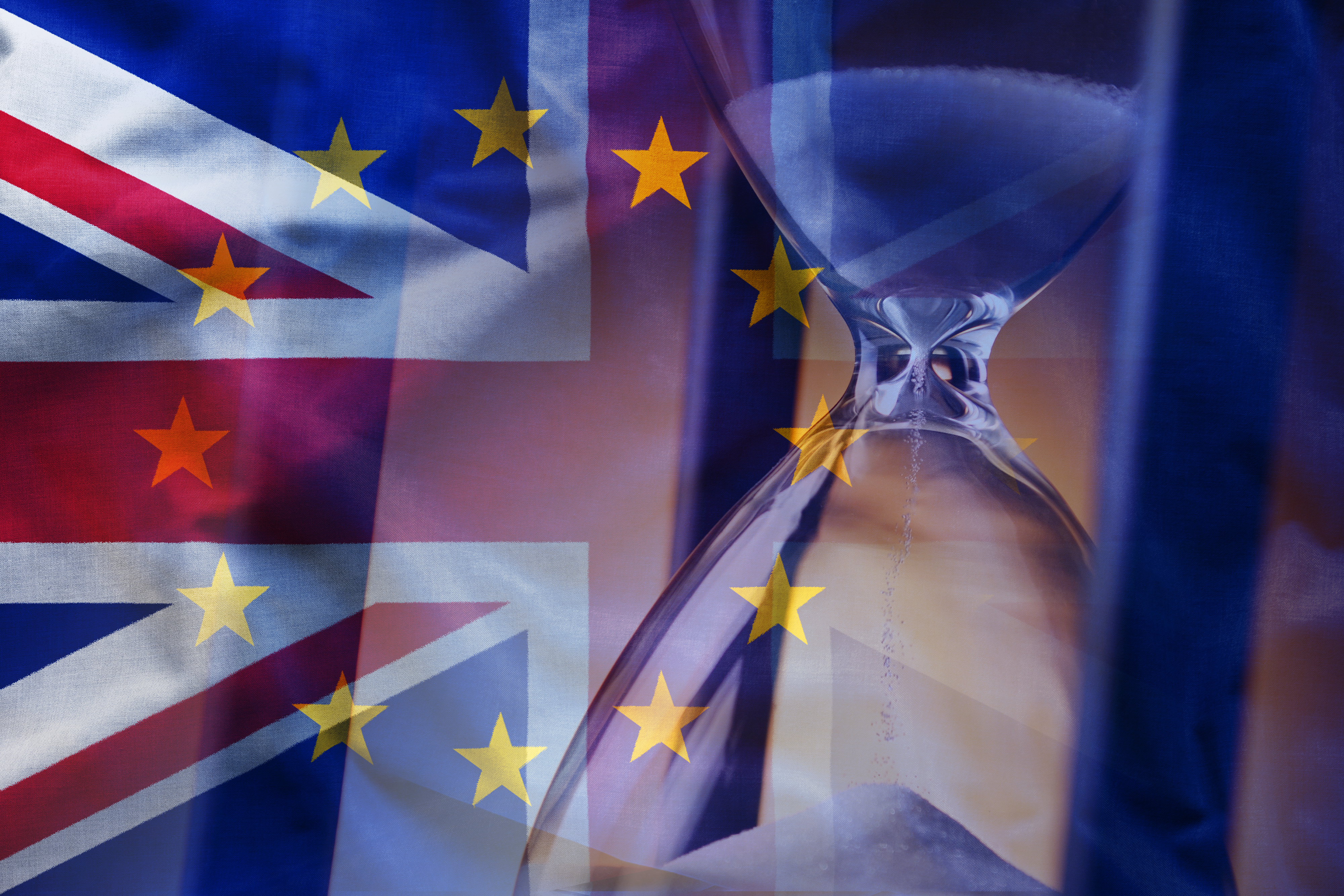 No-deal Brexit – is there a regulatory backstop?

Following another week of inconclusive Brexit debate at Westminster, the prospect of a disorderly, no-deal withdrawal seems, either by accident or design, to be looming larger on the horizon.

It occurs to me that whilst many UK authorised firms have made responsible plans for the migration of their European business, many such plans have reasonably assumed that either withdrawal would be governed by an EU / UK trade deal or that that the agreed transition period to 2020 would apply. Or perhaps both.

I expect that the immediacy of the 29 March is now concentrating the minds of boards in all firms whose applications to European regulators have yet to be approved. In particular, I suspect they will be urgently developing contingency plans for a no-deal Brexit, should one occur. (Download fscom's Brexit Planning E-book here)

END_OF_DOCUMENT_TOKEN_TO_BE_REPLACED 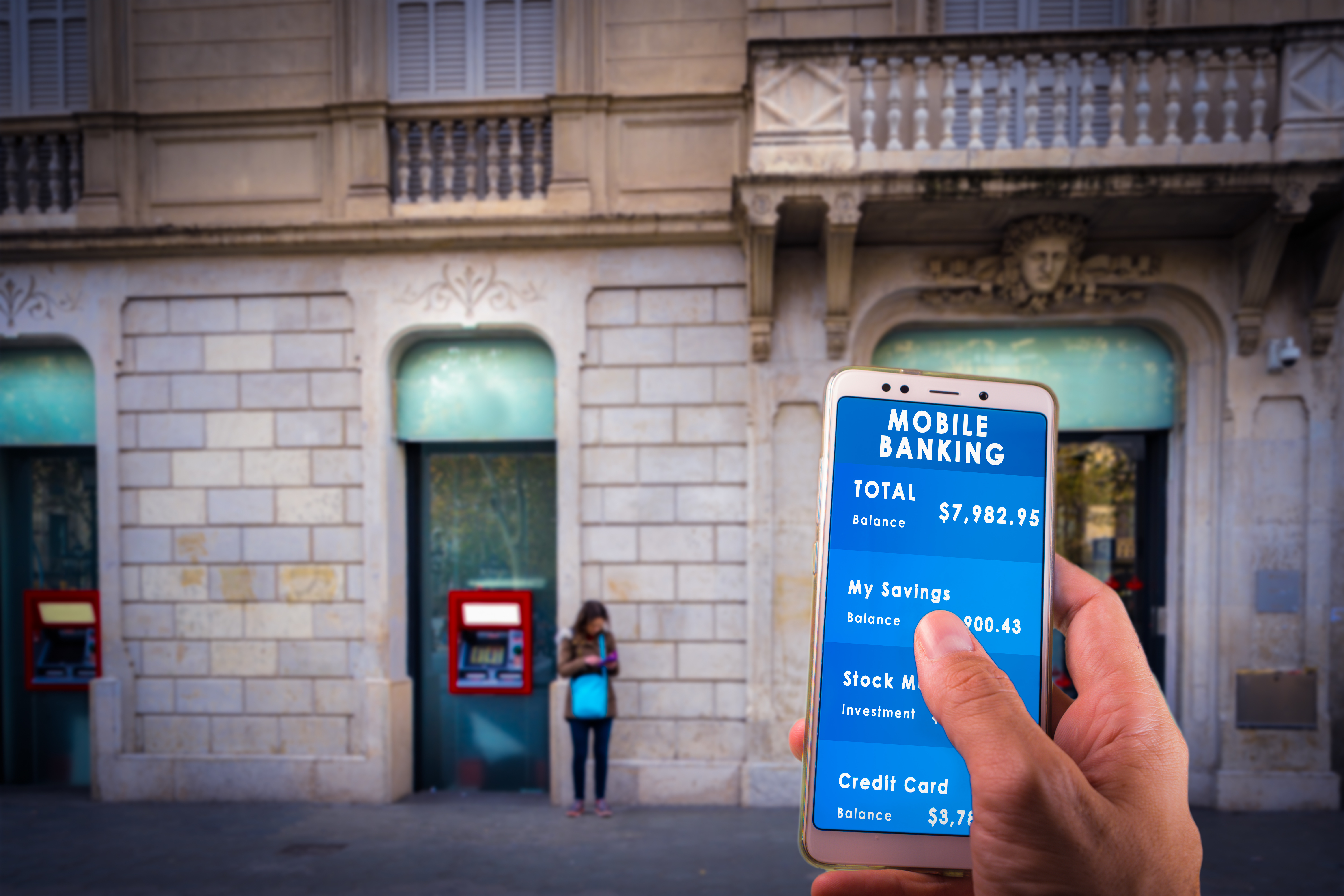 How the “challenger banks” have become the ‘challenged’ banks

Better customer service, cleaner user interfaces, simpler language, spending insights and even gambling blocks…digital banks or ‘challenger banks’ as they are commonly referred to, have taken the UK banking market by storm and with features like these, no wonder they are signing up thousands of new customers every day. However, as the large incumbents awaken from their slumber, are they starting to realise they must fight back no matter how much they make light of these new players?