Brexit Deal: What does it mean for UK financial services? Your Key Questions Answered! 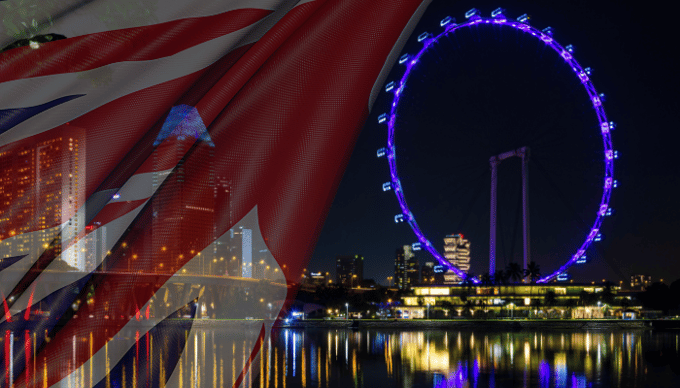 In this blog, Managing Director Jamie Cooke, who leads up the investments team in fscom shares his thoughts on the Brexit deal, the current situation facing financial institutions in the UK and what the agreement could mean for the future of the UK’s access to EU financial markets.

On 24th December 2020, the UK and EU finally concluded the much-debated Trade Agreement. There was a collective sense of relief that the endless updates that dominated the news were over and that No Deal had been averted.

The gaping hole in the Brexit deal

For many sectors of the UK economy the Trade Agreement delivered positive outcomes and avoided what would have been costly tariffs for UK/EU trade. However, for the UK financial services sector the Trade Agreement was disappointing because financial services were conspicuously missing from main points of agreement. Whether by accident or design it was to many unfathomable that a industry which generated £132 billion a year for the UK economy and employs more than 1 million people (only 4 out of 10 who are based in London) would get so little consideration.

Since Brexit there has been many comments and opinions on what the future of UK financial services could look like. Would this be aligned to Europe or would the Prime Minister seize the opportunities afforded by Brexit to lighten regulation and enhance further its reputation as a global financial services hub (the so-called Singapore on Thames)?

With no regulatory alignment or agreement between the UK and EU post Brexit, this blog answers some of your pertinent questions on the current situation facing UK financial institutions who wish to trade with EU counter parties, the possible routes to enter the Single Market and the potential future position of UK financial services.

What is the current status?

For UK financial institutions wanting to access existing and new customers in Member States on the same basis as they enjoyed under passporting, the only option is to get authorised in another Member State and passport out.

Can we continue to provide services to EEA customers via Reverse Solicitation?

Following the conclusion of the Brexit transition period, UK firms are only permitted access to customers in an individual Member State, if that State permits reverse solicitation. It is important to note that reverse solicitation only extends to MiFID business and is not explicitly recognised in Payment Services or E-Money.

Even in such circumstances, the firm is only permitted to offer their services to existing clients that request them, and it prohibited from on boarding any new clients or undertaking any form of marketing in that Member State. Firms should ensure they carry out an audit of their current marketing practices (press releases, website, brochures, phone calls and on the ground presence) to ensure that they are not soliciting clients or potential clients in EEA Member States.

Already last week, we saw the European Securities and Markets Authority issue a warning to UK firms on their ‘loose’ interpretation of reverse solicitation. They also clarified that third country firms are not permitted to solicit clients or advertise investment services in the Union, irrespective of contractual clauses or disclaimers designed to frame any subsequent dealing as being at the exclusive initiative of the client.

Both Spain and Italy have provided some latitude to UK firms in permitting a 6-month winddown period to mitigate the consumer risk. Both jurisdictions will allow firms to manage existing customer contracts but not engage in new business, including new contracts for existing customers. It would not be surprising to see other EEA States follow suit in the coming weeks.

Whilst reverse solicitation does give UK firms the ability to continue servicing their existing customers remotely at their initiative, it is very limited and does not extend to new customers. It is also limited by the interpretation of each Member State and cannot be carte blanche access to the Single Market.

When is equivalence going to be granted?

During the negotiations for the Trade Agreement, it became clear that financial services was not central to the discussions. Many people in the financial services sector turned their attention to when the EU would grant the UK equivalence.

Equivalence is a concept whereby the EU would recognise the UK regulatory regime as being aligned and to the same standard as the Union. By granting equivalence, this would permit some cross-border access to the Single Market for UK firms.

Whilst equivalence would be welcomed for UK financial services, it is also limited when set against passporting. Firstly, it only currently extends to some areas of financial services such as investments, banking and insurance and is not covered in other growing areas such as payments. Even within those sectors that are covered, such as investments, it is further limited. For example, MiFID provides for equivalence but only allowing third country firms to offer MiFID activities to professional clients and not retail.

The Trade Agreement did point to a potential decision on equivalence, with the UK and EU aiming to agree a Memorandum of Understanding on financial services alignment by the end of March. This would indicate that both parties’ intention is to work towards achieving equivalence by this date. However, whether the EU choose to grant equivalence would be dependent upon if the UK signals an intention to align with EU regulatory standards or diverge and create a lighter touch regime to attract inward investment. If the latter, then equivalence would be unlikely.

There has been much commentary on the UK diverging from the current EU regulatory framework and implementing a lighter regime. It is unlikely that UK financial services leaders would welcome such divergence that it reflects a Singapore on Thames model. As one financial services group have commented “don’t throw the existing rulebook on the bonfire”.

However, if the UK chooses to diverge and take advantage of the freedom to set their own regulatory framework, there are several areas which could provide the UK with a competitive advantage.

The ability to set their own regulatory rules would allow the UK government to speed up development of areas of financial services. The emerging fintech sector could benefit from proportionate but appropriate regulatory rules. There are also examples of current EU rules which lack the proportionality for smaller financial institutions, with the Capital Requirements Regulations being a good example.

Another area being discussed is the listing rules which could be adjusted to make London more competitive with New York. Reduction in corporation tax would also attract more firms into the UK however this may be unlikely with the current budget deficit.

There are certainly areas that the UK government could address to make a post Brexit UK more attractive for financial service firms. However, this needs to be balanced against ensuring that the high regulatory standards, which the UK has developed over time, permit firms to trade globally with equal recognition.

Irrespective of views on Brexit, there is no doubt that the current position means far less access for UK firms into the Single Market, without a separate EEA authorisation. For those firms operating under reverse solicitation, they must ensure that customer engagement is reactive, and they do not engage in any marketing activities into EEA states. The ESMA comments last week highlight that supervisory bodies in Europe are actively observing adherence to the reverse solicitation principles.

fscom are closely monitoring all regulatory updates in relation to Brexit and will keep issuing further updates and guidance, as necessary. If you would like any assistance with post Brexit regulatory arrangements, the fscom team are here to assist.