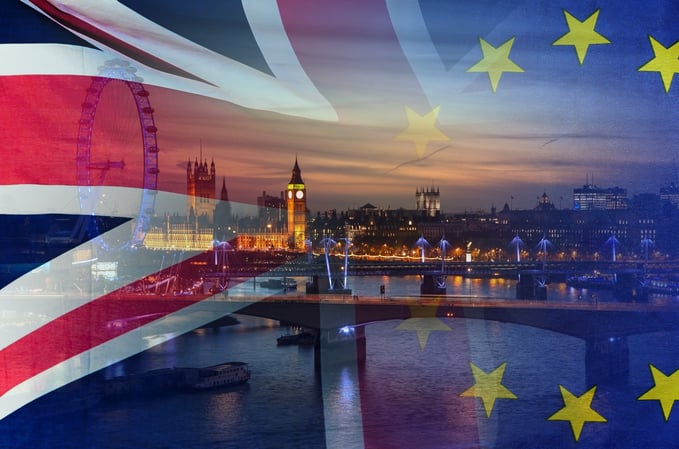 As the clock strikes 11pm on Friday the 31st of January, the UK will make unprecedented steps and become the first state to leave the European Union three and half years after the infamous referendum in June of 2016.

Whilst one period of negotiations comes to an end, another begins as the UK enters negotiations to determine what our future trading relationship with the bloc will look like. The negotiations are scheduled to take 11 months until 31st December 2020 and currently the UK are adamant they will not seek any extension to the 11 month negotiation period.

In this blog we will outline some of the key implications for the UK financial services sector and how firms can best prepare for Brexit. This blog is accompanied by updated versions of our Brexit ebook and AML regime guide, in which you can find details on the various regulators around Europe approaches to authorisation and supervision.

Firstly, we would strongly encourage that firms continue their Brexit mitigation plans until there is greater clarity on what the future relationship will look like. Until this point having a relationship with the EU based on World Trade Organisation(“WTO”) terms remains a real possibility as failure to agree a trade deal before the 31st of December means that we shall enter this arrangement by default.

Many firms are well along their contingency planning and are likely implementing and testing the operational infrastructure of their post-Brexit EEA headquarter. However for those firms who may be beginning their contingency planning a good starting point is reviewing EEA jurisdictions to identify those that are best suited to the firm based on key factors such as employment legislation, cost of living, access to the UK, regulatory approach and time to authorisation.

Should WTO terms be realised the UK Parliament has passed nearly 700 statutory instruments that will become law on exit. These instruments aim to prepare the UK for a no-deal exit by preserving most existing EU legislation that does not already form part of the UK domestic statute book by “onshoring” this into UK law. Therefore, EEA customers dealing with UK firms post-Brexit (on WTO rules) can expect broadly similar regulatory obligations such as safeguarding, reporting and outsourcing.

While within the implementation period the UK will continue to be obliged to implement EU law as if it were still a Member State and therefore firms should account for this within their horizon scanning.

What will trade negotiations look like for the UK?

The financial services industries in both the UK and EU seek “close regulatory alignment in a future free-trade agreement however their success in achieving this will depend on a number of key factors.

Firstly, the UK government will begin formal negotiations with several key non-EU states following Brexit day and therefore a key factor in any UK-EU agreement will be the level of allowances provided in agreements with other countries including the US. Furthermore, the future EU deal will depend on the negotiating positions taken by the UK and the success thereof. The EU have been extremely vocal in the past three years that they will not stand for ‘cherry picking’ of arrangements in terms of the political relationship and will likely be the same in terms of regulation.

Another factor to be aware of is the HM Treasury’s Financial Services Future Regulatory Framework Review. In spring of last year, the body announced that they would conduct a consultation and issue a report outlining what our future approach will look like. While the report has not been issued yet, it will contain key information which will have been used by the Government in setting out their objectives within the trade negotiations and therefore firms should make use of this upon its issuance.

Existing agreements between the EU and other third countries may give us an indication as what this future relationship may look like however none provide a true representation as no other state has ever negotiated a deal from a position of exact regulatory alignment.

The EU-Canada Free Trade agreement includes provisions for portfolio management services and investment advice on the likes of derivatives. Furthermore, the agreement provides for consultation between the bloc and Canadian regulators before any new regulations are implemented to allow for healthy discussion on the nuances which will have to be enforced.

Lastly the Japanese agreement which entered into force last year contains specific definitions in order to provide a level of harmonisation as well as a level playing field of excluded activities within financial services, payment & insurance services as well as clearing systems.

As we can see though, all fall short of the current passporting arrangements and therefore the advice remains watch this space on how trade negotiations proceed and continue with your plans to mitigate the exposure to WTO terms come the 1st of January 2021.

As always, we advise firms to act sooner rather than later. Should you require support in understanding the authorisation processes across Europe, compiling your application for authorisation, or review of the documents you hope to submit please do get in touch.