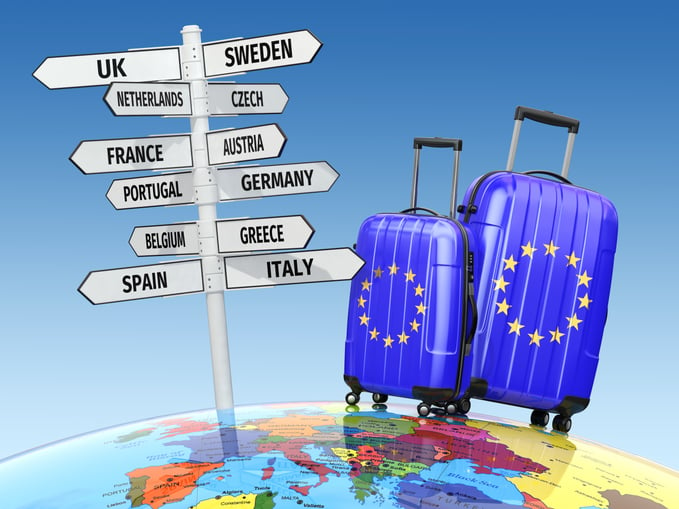 fscom's James Borley features in Thomson Reuters where he discusses the desire among payments firms for a better understanding of the licensing requirements of competent authorities in other European Economic Area (EEA) countries. View the full article below.

Despite the hopes of many businesses across the UK and Europe, the timing and shape of Brexit remains a massive uncertainty. Political grandstanding and infighting have done nothing to reassure anyone that Britain's exit from the EU will be smooth. Indeed, the UK's future relationship with Europe seems less clear now than it did after the referendum in 2016.

Deal, or no deal?

Despite continued rejection of the Withdrawal Agreement in parliament, the "deal" may yet be palatable to a majority of members of parliament with some further concessions from the EU, specifically regarding alternative arrangements for the Northern Ireland "backstop". Yet, there is no guarantee that the EU will be able, or willing, to make any further concessions, irrespective of the new prime minister on the other side of the table: "the deal is the deal", they have repeatedly said. Despite a non-binding resolution that parliament rejects a "no deal" Brexit, this remains a distinct possibility come October 31, 2019.

In such a scenario, it is assumed that freedom of services, or a proxy arrangement, will disappear from that date. For financial services firms, this means the loss of "passporting" rights and the ability to operate freely (albeit subject to a relatively simple notification process) in the EEA. Instead, firms will likely need to set up a new legal entity in an EEA member state and obtain an authorisation for that entity, to acquire and be able to exercise passporting rights.

For those who have not already commenced preparations for a "no deal" Brexit, time really is not on their side, given how long the authorisation process is likely to take. With so much at stake, identifying and establishing operations in a new territory should not be taken lightly.

The number of factors to be taken into consideration when selecting a new office location will vary from one organisation to another. When it comes to the licensing application, however, some critical points to note include the following points below.

Does the firm already have a branch presence or other infrastructure in another jurisdiction? Scaling up would likely be easier than setting up a business from scratch. Similarly, it may be that the majority of the European business sits within one particular territory. Or, indeed, the owners or senior management actually hail from that jurisdiction, perhaps making it easier to set up shop there.

To benefit from a licence (anywhere) in the EEA, the applicant firm must demonstrate that its head office is located in that member state and is able to operate independently. This author has spoken candidly with a number of ex-colleagues at different EEA regulators; each will expect some physical presence — particularly the "mind and management" of the applicant firm, i.e., the important decision-makers at director level, the majority, if not all of whom, would be expected to reside in that territory. Firms are likely to be setting up a subsidiary entity, rather than shifting the entirety of their business operations from the UK, but will nevertheless need boots on the ground in both jurisdictions.

A good relationship with the regulator is extremely important, whichever the jurisdiction (Principle 11 anyone?). While the majority of competent authorities have fluent English-speakers on staff, this should not be assumed. Indeed, why should firms expect them to speak English if that is not their native tongue, nor indeed the language in which contracts and agreements must be drafted? The ease of conversing with the regulator should not be underestimated or underplayed, however. Indeed, in the author's experience, Ireland has been found to be a popular destination for clients, based primarily on proximity and language.

Experience and reputation are perhaps the most subjective considerations, and often go hand-in-hand. The UK Financial Conduct Authority (FCA) is the most "experienced" regulator across the EEA, with more firms licenced across each of the single market directives than any other EEA member state. As such, it has developed efficient, risk-based processes over time and, given the volume of applications submitted annually, is very familiar with most business models. Conversely, jurisdictions with less developed markets may not fully understand a particular business model upon application, causing the process to take longer than it should. The European Banking Authority (EBA) Register of authorised payment/e-money institutions is a useful resource to compare the respective market sizes.

The "reputation" of a regulator is often linked to its experience but sometimes to its perceived strength as a regulator, whether at the gateway or as a supervisor. While the single market directives are geared toward establishing a level playing field across Europe, the application of those directives is applied with varying degrees of consistency.
Some member states also see Brexit as a great opportunity to attract investment and position themselves as "fintech-friendly" or the natural destination of choice. The Bank of Lithuania, in particular, has been active in touring the globe and promoting the merits for payments firms — not just from the UK — of setting up in Lithuania. Such moves, allied to a more proportionate approach to authorisation than some other jurisdictions, make it easy to see the attractiveness of Lithuania for that second licence.

But thought should also be given to the firm's customers. How might they react to the fact that the firm is now licensed in a particular member state; what might be their perception, prejudiced or not? Similarly, what might the firm's banking partners think?

Face time with the regulator

Regulators typically will not respond to technical enquiries on a no-names basis. As such, firms need to be prepared to put their heads above the parapet to elicit information, whether directly or through their adviser. Explaining their own business model direct to the regulator will reduce the chances of misunderstanding or miscommunication. In the author's experience, most EU regulators are happier to meet applicant firms in person than the FCA is, or has capacity to do.

With regard to payments and e-money, only the UK has a "long-stop" for an incomplete application (12 months) written into legislation, with other regulators starting their three-month clock only once the application is deemed to be "complete", or stopping the clock while the applicant provides additional information. Nor are there any meaningful key performance indicators (KPIs) for average determination times published anywhere, other than by the FCA.

If firms are to put their heads above the parapet, they should ask how long the application process is likely to take, end-to-end from the date of submission. The author has heard anecdotally of applications that have been in train for more than two years, with still no sign of a licence being granted.

Such timings will also be a function of available resource at the regulator, both in terms of capacity and capability. Regulators are typically financed by the industry and resourced on a reasonable expectation of volumes of applications likely to be received. Brexit shook that up somewhat, with applications being received that were never forecast. Some regulators will have hedged and resourced-up their departments to deal with a spike in applications, whereas others will find the additional influx more challenging, especially where the cost is ultimately being borne by the industry.

When to submit an application?

The author has seen a number of firms already submit applications to an EEA regulator, but only a few come out the other side. Many firms have yet to make a decision on jurisdiction, however, let alone mobilise to start completion of the application form.

The amount of information to be provided to the regulator — whichever one that may finally be — should not be underestimated. The EBA Guidelines on Authorisations are extensive. While firms may be able to leverage off their recent FCA application, for authorisation or re-authorisation, a simple copy and paste is unlikely to be sufficient.

Firms could continue to cross their fingers and hope for a deal that sees a transition period for passporting, but the author's advice would be to hope for the best and plan for the worst. Although the initial Brexit date of March 29, 2019 has passed, this would appear now only to be a postponement of the inevitable. With October 31, 2019 fast approaching, the short answer to the question posed is an emphatic "as soon as possible".