Trouble in paradise? The AML failings of the Paradise Papers leak 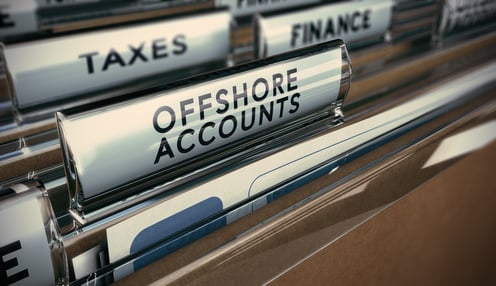 If you’ve been following the news over the past week or so you’ll no doubt be aware of the latest dossier on leaked information – titled the Paradise Papers – from the International Consortium of International Journalists (ICIJ).

The ICIJ (a global network of more than 200 investigative journalists in 70 countries who collaborate on in-depth investigative stories) leads the global investigation into offshore financial centres (OFCs), and is primarily responsible for once again shining a light on the discreet dealings found across the world of offshore finance.

While the media has focused mostly on the litany of tax avoidance schemes run through OFCs, the 13 million document leak has also highlighted some alleged key deficiencies in the anti-money laundering (AML) controls of the firm from which the documents originate, Appleby.

In this blog, then, we’ll have a look at some of the key issues relating to Appleby and the lessons that can be learnt by other businesses subject to anti-money laundering obligations.

International business companies (IBCs) are a core component of most OFCs. These are entities that have been incorporated in the jurisdiction, but who are legally forbidden from trading in that jurisdiction and are perfectly suited to be used as legitimate tax vehicles. However, at the same time, IBCs are systemically vulnerable to abuse by money launderers and to exposure to the proceeds of money laundering and corruption. OFCs are typically identified as being vulnerable to money laundering for the following reasons.

OFCs rarely offer a publicly available company register and thus offer a higher level of secrecy for beneficial owners, as it is difficult to identify an entity or its key personnel. This is further exacerbated by the use of formation agents, or corporate directors, as company directors, trusts and by nominee shareholders(which allow the true controller/beneficial owner to be one step removed from the entity). All of the above make it particularly difficult for Financial Intelligence Units (FIUs) to identify the assets that a criminal might be holding in an OFC.

At a national governmental level, OFCs typically employ less stringent AML controls, or are at least considered to be at the looser end of the implementation of the FATF recommendations. This can be reflected in the companies that choose to operate in these regions (who might have a lesser focus on AML and compliance in general), as highlighted by the named firm’s failings noted below.

The cost of setting up and operating in an OFC can be high, but the premium is offset by the low tax rates, especially when combined with the other ‘benefits’ mentioned above.

In the traditional AML model of placement, layering and integration, the IBC can thus be used to layer transactions, or hold assets, to create distance between the origin of the illegitimate funds.

Ultimately, while IBC entities are legal – and there are legitimate reasons for utilising such vehicles (particularly for UK non-domiciles or non-resident individuals with UK assets) – they naturally pose an increased risk of money laundering.

What does this mean for you?

A standout fact of the 1.4Tb Paradise Papers leak is that Appleby appears to have failed to sufficiently understand their customers, their source of funds and their overall client profile.

It seems that Appleby repeatedly failed to adequately identify the beneficiaries and the controllers of trusts, to identify politically exposed persons (PEPs) (including those previously associated with corruption) and, in one case, appears to have failed to recognise that the ultimate beneficial owner (UBO) of a client was the brother of a particularly high ranking Iraqi PEP who was politically active during the fall of Saddam Hussein’s regime, and that the client themselves may have been sanctioned.

This was apparently compounded by inadequate checks on client source of funds and a failure to follow up on an audit determination that the firm had accepted a number of suspicious payments without asking questions, including payments related to a fraudulent Canadian tax scheme.

While there may sometimes be circumstances where you might not be 100% satisfied you understand a client relationship or profile, you must, nevertheless, be fully satisfied you have identified any high risk indicators present in the relationship.

Alongside a failure to understand their clients, the Paradise Papers show Appleby’s failure to collect and maintain the correct customer due diligence documentation for all their clients. UBOs were not correctly identified beyond nominee shareholders, for example and it appears that at one point, the firm had approximately 600 active clients with insufficient verification documents and they did not have  the contact details necessary to rectify the issue.

The Paradise Papers illustrates that the firm failed to identify higher risk clients and deal with these clients in an adequate manner.

The leaked information paints a picture of a firm with little or no ingrained culture of compliance but also shows that the compliance staff continually faced an uphill battle to act appropriately. Reports of training material that constantly focused in on compliance failures and the firm’s over-exposure to AML risk, does much to highlight that serious concerns were raised.

This is corroborated by reports of internal and external audit results that flagged serious issues that appeared to go unaddressed, including a finding from an external audit by a large national supervisory authority that approximately half of the client files held at one office failed to meet even the basic requirements expected per the firm’s stated processes and procedures. The audit also concluded that there was “no evidence” that the firm identified risks of money laundering and terrorism financing. Yet more serious is the staggering fact that individuals in the firm held discussions over whether they should move a PEP client to an office in a different country to avoid the requirements set by the national supervisory authority.

However, the leak does show that, at least in later years, an increased focus on compliance and controls had started to identify clients at the initial stage. This was a positive step insofar as a Russian real estate mogul indicted for fraud, as well as an Azeri businessman identified as a potential front for the proceeds of Azeri government corruption, which were both declined as clients.

How engaged is your senior management and board in compliance matters? Is the management information sufficiently detailed and robust and are those responsible for directing and managing your business sufficiently aware of their individual and corporate liability that they lead from the top in establishing a culture of compliance?

By highlighting the risks that firms can take without suitable financial crime controls or a basic understanding of who their customer is, the Paradise Papers put more than just tax avoidance back on the map.

If you think your risk assessment could use a readjustment, or you need help to ensure you have an appropriate customer profile for all clients, please contact me or one of my colleagues to discuss how we can help.

Thanks to the ICIJ for their tremendous effort in investigating this leak and bringing this information to light.