Why financial services regulation is crucial to fintech 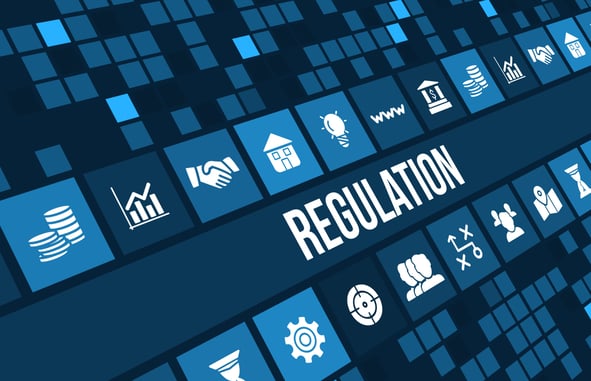 Harnessing internet and mobile technologies to create new and superior financial products, FinTech and RegTech firms are uniquely placed to compete with long-established firms and institutions.

Their offerings often far exceed the capabilities of the out-dated services and systems provided by their perennial competitors and can attract tremendous consumer interest.

Yet herein lies the danger.

Whilst innovation, competition and market disruption are always in the interest of the consumer, FinTech and RegTech firms typically explore technologies so new that most regulators struggle to keep up.

In an industry crippled by scepticism and consumer doubt, this is a precarious position for FinTech innovators. A recent survey by Bumberg Capital, a San Francisco-based venture capital firm, found that:

The implications are clear. FinTech firms are widely regarded to provide genuine solutions to traditional banking and payment systems, but their public perception is one of vague distrust.

Financial services regulation is crucial to the growth of the FinTech industry.

Not only does regulation protect the end-user from unscrupulous start-ups and innocent failures, but, if done correctly, can foster a truly competitive environment while re-establishing public confidence in the sector and increasing the regulator's understanding of innovative solutions.

The United Kingdom’s Financial Conduct Authority (FCA) is the regulatory body for Great Britain and Northern Ireland, and leads the way in championing a liberal approach to regulation, with a strong focus on promoting both innovation and competition.

The ‘regulatory sandbox’ initiative is part of the FCA’s Project Innovate, and is promoted as a safe space for companies to test propositions that have not previously been offered in the UK.

It allows innovative firms to work with their regulator to trial products in a live environment, promiting effective innovation and competition by allowing FinTech firms to skip the traditional routes to regulatory certainty.

Products are tested in a live, but regulated, environment against real-world rules where, if the product or service fails, there are no consequences for the consumer or the innovator –  in this instance, the FCA provides feedback so the innovator can make the necessary changes, and the product can be tested again.

This is a marked improvement on the status quo – as firms can often lose their market advantage whilst working through a rigorous authorisation process – and has been held up as an example from which regulatory bodies across the world can learn.

Indeed, Singapore, Hong Kong and Australia employ similarly agile regulatory systems. The United States Office of the Controller of the Currency (OCC) recently stated it is moving to establish a framework for ‘responsible innovation’.

The ‘regulatory sandbox’ is a prime example of the effective regulation that FinTechs and RegTechs require, and it’s far better than the alternative.

It is, in this sense, that regulation stands out as possibly the single greatest challenge facing FinTechs and RegTechs, and the reason why regulation is crucial to FinTech. For, so long as the regulatory frameworks laid down by governing bodies remain excessive and/or out of touch, then firms and their products will continue to struggle.

While the FCA strives for constant improvement, it often seems destined to fall short as regulators of its size are rarely nimble enough to keep up with the advent of endlessly new technologies.

Nevertheless, both Project Innovate and the ‘regulatory sandbox’ provide a robust model of liberal, effective regulation that international regulators should strive to not only emulate, but exceed.